My First Steps in Mahara

This is a Page created for the Mahara Newsletter October 2013

Mahara at the University of Pardubice

Language Centre of the University of Pardubice in the Czech Republic has been using Mahara since 2012. In the past academic year I tried to learn about the opportunities ePortfolio tool can offer in the teaching and learning process. Several groups of students were selected for four pilot projects: Mahoodle, Résumé, Blogging and an International project.

My name is Linda Pospisilova, I learnt about Mahara from a European Mahara evangelist Sigi Jakob Kuehn from Germany in 2011. I spent one year learning about Mahara, experimenting there, building my own ePortfolio. Thanks to the ESF project we were able to have our own Moodle and Mahara instalations and as said above, in the year 2012/13 I decided to explore Mahara with our students.

In the fall term of 2012/13 the students enrolled in Moodle course “English for Graphic Arts” were provided with specific content focused on basics of chemistry, graphics and printing techniques. They were asked to choose a topic of their interest and expand on the theme by means of designing a Page in Mahara and presenting their project in the face-to-face sessions. Equal distribution of themes was assured.

Mahoodle - Example of a Student's Page 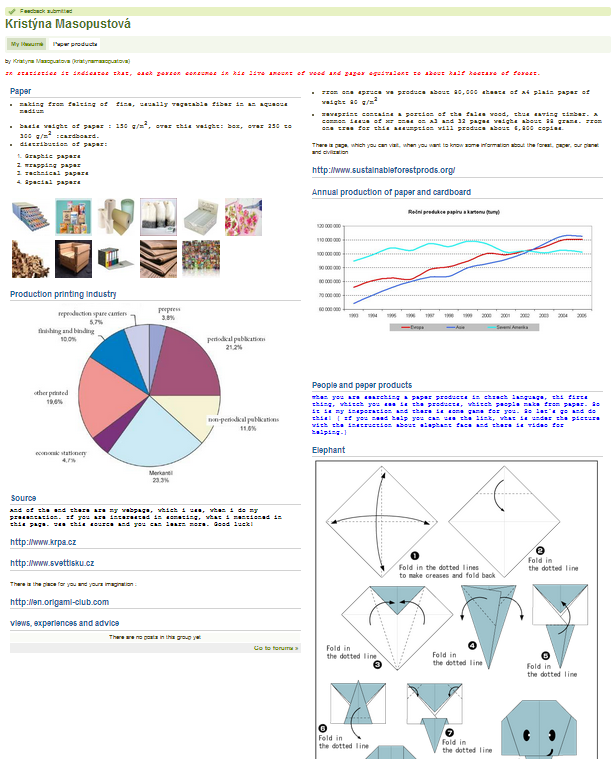 In the fall term of 2012/13 the students were instructed and consequently asked to create their Resumé in English language, design a  view of the Resumé and share it with their tutor. The most beneficial aspect of this experiment was opening the door to students’ creativity and visualization of the standard curriculum vitae format. It is essential to motivate students in updating their CVs regularly and maintaining their ePortfolio alive.

Example of a Visual Résumé 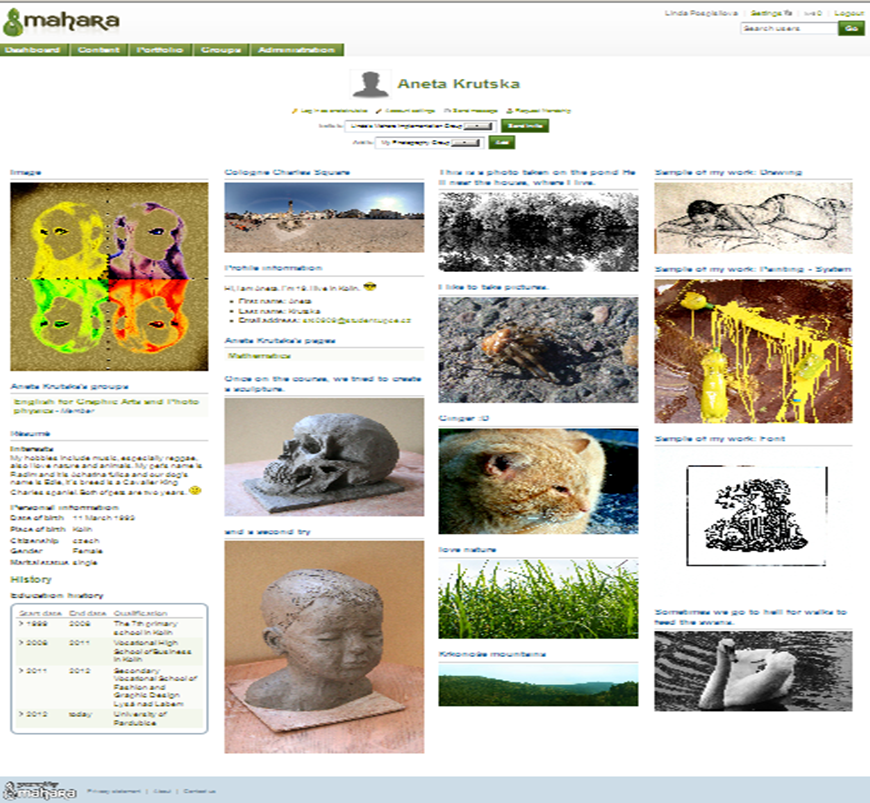 In the summer term of 2012/13 a larger group of 43 students of Nursing was invited into Mahara only to participate on the Blogging project. The students were requested to share their hospital internship experience and stories with the aim to offer students with no practical experience some form of professional advice.  The students were at the same time motivated to read the blog posts and deliver feedback. 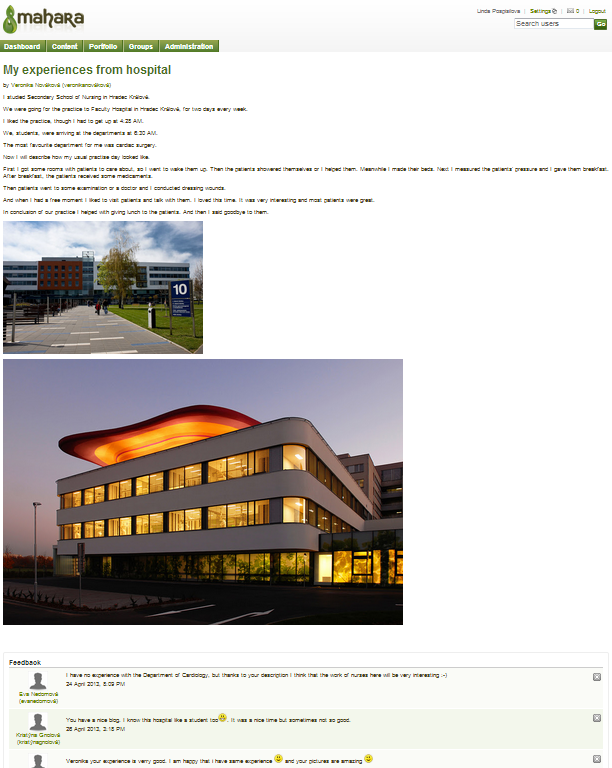 In the summer term of 2012/13 a group of 20 Czech students of English for chemistry on the B1 language competence level was requested to prepare a Page on selected topics such as Chemistry, Student Life in the Czech Republic, etc. and the students were informed about the mission of this project and the target audience they were supposed to keep in mind. Their target audience were students of Chemistry and English for Specific Purposes at the University of Oulu. Their digital artefacts were presented to students in Finland to be commented on or expanded. Generally, this was the most successful project of the past academic year due to the international aspect. The students appreciated meaningfulness of their effort and at the same time expressed to certain extend disappointment with lack of feedback in some cases. 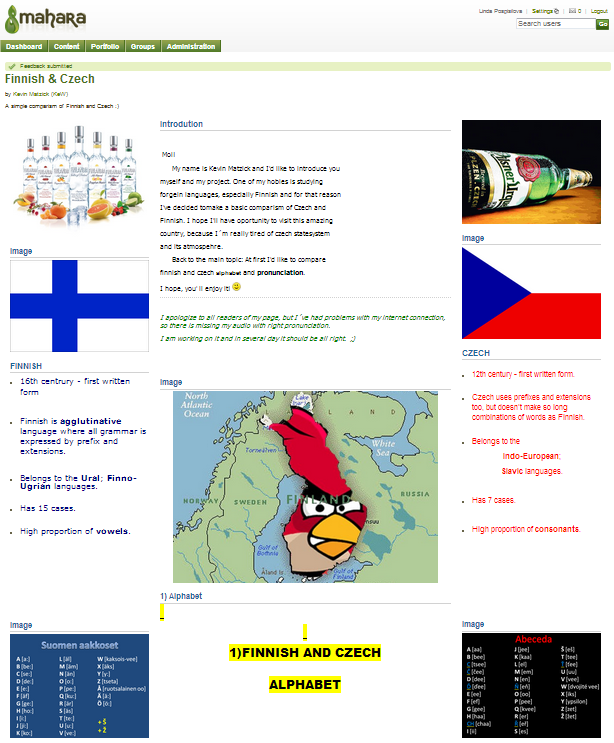 Hi Linda, it is pretty cool to see what you have reached in a rather short period and how you have figured out by experimenting with Mahara how to make good use of it with your students. I am very much looking forward to the presentation of you "Mahara journey" at the German MoodleMahara Moot in Leipzig in February 2014.

Just one little advice: If you change the layout for a smaller left column, you will have more space for the texts in the right column!

Keep up the good work!

Dear Sigi, thank you so much, I have followed your advice as for so many times already:-) Thanks! I am looking forward to Leipzig, too.