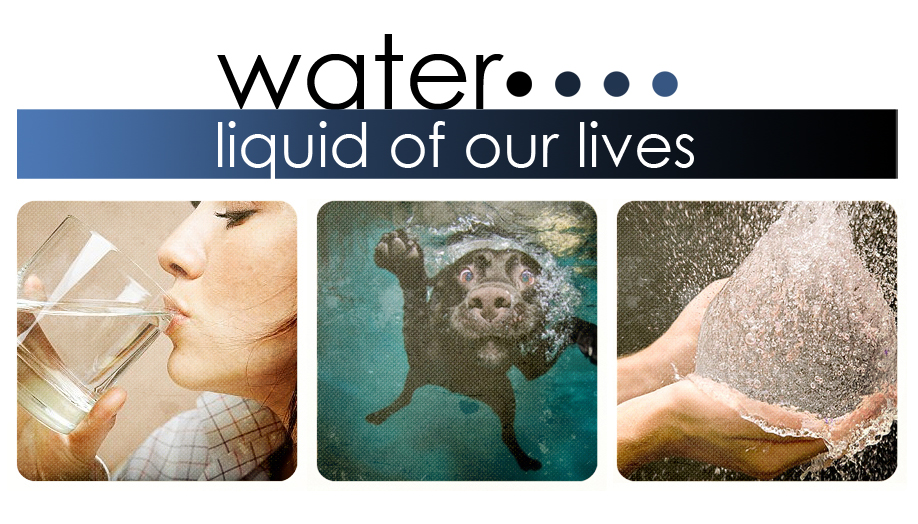 Why care about water?

NationalGeographic: There is the same amount of water on Earth today as there was when the dinosaurs roamed. And just less than one percent of the planet's water is available to meet the daily drinking water, sanitation and food needs of nearly 7 billion people and millions of other species. Learn more about water in all its forms and how you can make a difference. Safe drinking water is essential to humans and other lifeforms even though it provides no calories or organic nutrients. Access to safe drinking water has improved over the last decades in almost every part of the world, but approximately one billion people still lack access to safe water and over 2.5 billion lack access to adequate sanitation.

What happens to water in a vacuum?

What would happen to an ordinary glass of water in outer space? Filmed at the Johns Hopkins University Applied Physics Laboratory.

Water is a chemical compound with the chemical formula H2O.A water molecule contains one oxygen and two hydrogen atoms connected by covalent bonds. Water is a liquid atstandard ambient temperature and pressure, but it often co-exists on Earth with its solid state, ice, and gaseous state, steam (water vapor).

Dear Stanka, your Page is varied, informational and pleasing to the eye. Would you be willing to teach me/us how to make an animation in Photoshop?

Thank you very much. :) And yes, it is my pleasure to teach you making animations in Photoshop. I dont know..what form of "teaching"  do you prefer? I could make another Mahara page with tutorial,or I could try to show you something during our sessions (for video commentary I have already prepared video about something else).

Hi Stanka. I really like your page but what I like the best is look of that page. It´s obvious that you spent a lot of time with it. I´m really interested in that animated pictures. I hear that, you did it by your own, is it true? How did you do that? You found some videos and make screens of it and loop it or how?

I think water is good topic and there is a lot of things what you can say about that and you have a lot of important things right there.

I´m really interested in that video named "Why care about water?" . A lot of people doesn´t care about environment/water and they take it for granted that the water is flowing from water cock and I think that things like this should be broadcast in TV because most people need to open their mind.